The original CMD services included water, recreation (our pool and tennis courts), and open space management (including entrances). In 2007 the CMD completed years of negotiations resulting in an Intergovernmental Agreement with ACWWA to gain access to long-term renewable water supplies. The community then voted 358 to 8 to approve the agreement, thus avoiding the need to drill and operate costly new replacement wells and significantly raise taxes.

The CMD operates with a five-member board of directors, serving 4-year terms. Two or three directors’ terms are up on the even years with elections held in May. Since the CMD is a Special District the election is governed by state laws and a ballot will be mailed to each registered voter in Chapparal. The CMD's taxing authority is used for repaying bond debt and operating expenses. However, the majority of our operating costs are funded by the income from the leases for the antennas attached to the water tanks.

Our Chapparal pool is maintained by the CMD as part of the CMD’s recreation service responsibilities. Over recent years the pool house has been renovated, shade sails added, and the pool entrance and associated landscaping were significantly upgraded. 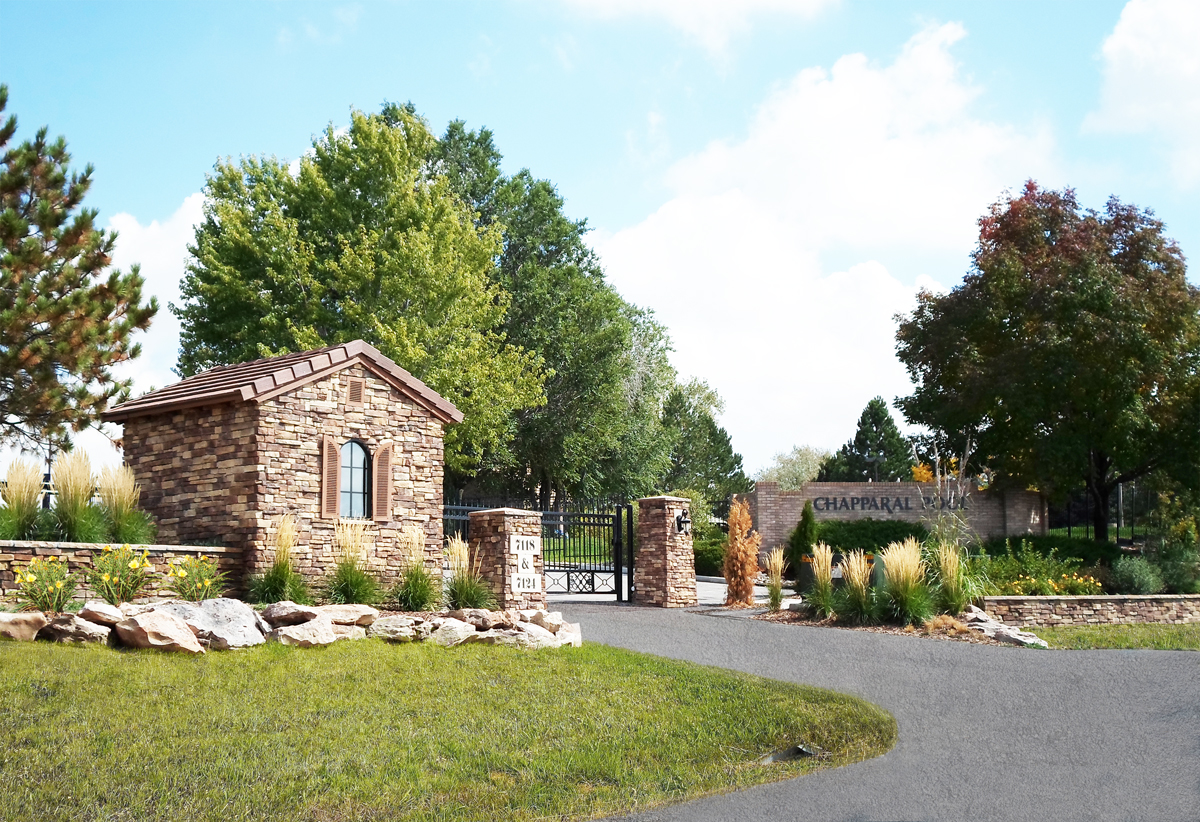 The CMD worked diligently with the City of Centennial throughout the design phase of the Arapahoe Road expansion project to ensure that Chapparal residents were represented and our new entrances were fully integrated with City’s construction plans. The two large front entrances continue with same theme the CMD used in the upgrades to the pool and secondary entrances. The secondary entrances, like the ones pictured below are located on Hinsdale, Easter, and Flanders. 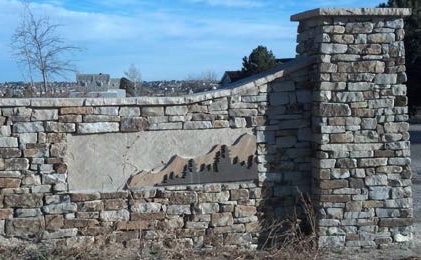 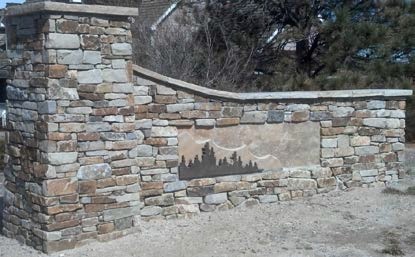 The front entrances were completed in 2016, although some on-going enhancements to drainage and landscaping are expected. 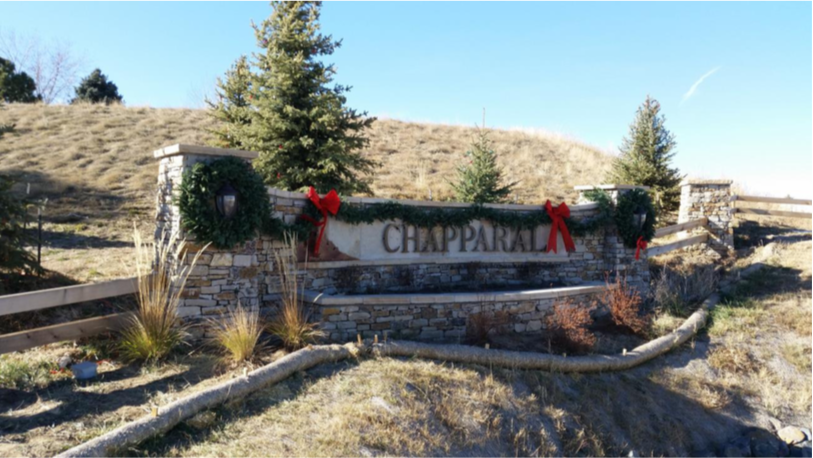